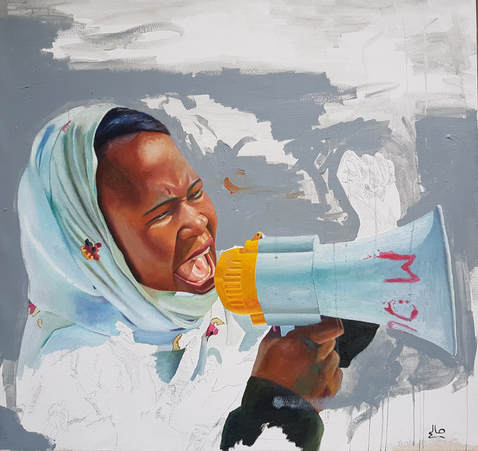 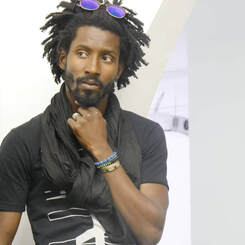 Saleh Lo was born in 1984 in Mauritania. Since childhood he has naturally been predisposed for figurative art, which he experiments in various ways. As a self-taught artist, he has refined hyper realistic techniques through the study of the works of other artists and following tutorials on YouTube. His work tackles societal issues such as street children, mixed-race unions and slavery. He has exhibited and has taken part in projects in Nouakchott, Dakar, Barcelona, Berlin, Mumbay among others. He lives and works in Nouakchott, Mauritania.

Saleh Lo's practice deals with the sad reality of  the enslaved community of Mauritania where slavery is still existing and contributes into reinforcing racial discrimination. He has been closely working with freed slaves and activits for whom, despite the fact of being free, freedom becomes very ambiguous. Their new condition puts them into a in-between space where they are physically free but have no space in the society, they then enter a new phase in which they need to battle in order to gain recognition. By painting their portraits, Saleh creates a way of restoring their dignity and also engages into a political activism against persisting forms of slavery.
SOLO EXHIBITIONS
2019 • Open Studio, Cité Internationale des Arts, Paris, France
2018 • Battling to normalise freedom - Clark House, Mumbai, India
2016 • Libre ou Esclave -Institut Français de Mauritanie - Nouakchott
2014 • Métissage - Galerie Zeinart - Nouakchott
2013 • Les enfants de la rue - Galerie Zeinart - Nouakchott